Non prismatic elements are commonly used in engineering practice like in bridges structures, haunched beams and pavilions. The analysis of these bodies employs stiffness factors and other non-trivial formulas e.g., given in the handbook published by the Portland Cement Association (PCA) (1958). Unfortunately, several investigations show that PCA tables as well as other proposed modelling procedures are not correct since based on formulas that are derived for prismatic members. Specifically, non prismatic elements behave differently from the prismatic ones because the variation of cross section along the element produces non-trivial stress distributions and a strong coupling between bending moment, shear and axial forces.

Our research is aimed to overcome limitations observed in previous studies, providing an accurate and efficient method for the solution of non-prismatic members. The focus is placed on a model effective in practical applications 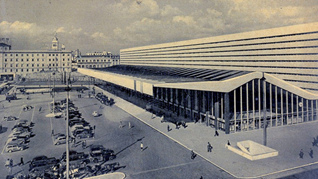 The approach adopted for the beam model derivation is the so-called dimensional reduction method, starting from the stationarity of the Hellinger-Reissner (HR) functional. After considering appropriate hypotheses on stress and displacement fields, the dimensional reduction allows to reduce the integral over a 2D domain, associated with the HR functional, into an integral over a 1D domain. Finally, through mathematical manipulations the final system of ODEs governing the beam behaviour is obtained.