Laser-based additive manufacturing (AM) has been widely used to produce metal products with complex geometries. However, the large thermal gradient caused by the fast, intense, and repeated laser scanning brings significant residual deformation and stress to the as-built metal parts, increasing manufacturing difficulty and geometrical inaccuracy as a result. To address this issue, a modified inherent strain method is proposed to predict the residual stress and deformation in as-built AM parts in an accurate and efficient manner. In the proposed model, the definition of inherent strains is modified to capture the effects of changing boundary conditions on the conversion of thermal energy into strain energy.  This modified definition allows for the extraction of inherent strains from a detailed process simulation based on moving point heat source model in a representative domain. The extracted inherent strains can then be applied to a layerwise quasi-static finite element model to simulate the part-scale residual stress and deformation field. Both numerical and experimental studies are conducted to demonstrate the accuracy and efficiency of the modified model. Several applications of the proposed method will be highlighted in this talk which include support structure design, build orientation optimization, cracking prediction, and scanning path optimization. 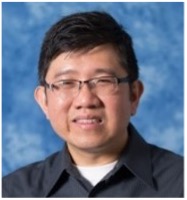 Biography:  Dr. Albert To is currently William Kepler Whiteford Professor in the Department of Mechanical Engineering and Materials Science at University of Pittsburgh, where he also serves as the Director of the ANSYS Additive Manufacturing Research Laboratory.  He is also the Founding Director of the MOST-AM Consortium, which is a public-private partnership of 30+ companies and national labs to address the most pressing needs in modeling and simulation for additive manufacturing.  Dr. To received his B.S. degree from University of California, Berkeley and M.S. degree from Massachusetts Institute of Technology.  He received his Ph.D. from U.C. Berkeley in 2005 and conducted postdoctoral research at Northwestern University from 2005-2008.  He joined University of Pittsburgh as Assistant Professor in 2008 and was promoted to Associate Professor in 2014 and to Endowed Professor in 2019.  His current research interests lie in design optimization, fast process modeling, and process-microstructure-property relationship for metal additive manufacturing.  The computational methods his group developed for additive manufacturing have been adopted and commercialized by engineering simulation software companies such as ANSYS.  Professor To has over 110 peer-reviewed journal publications in journals such as Additive Manufacturing, Computer Methods in Applied Mechanics and Engineering, Journal of Mechanics and Physics of Materials, and Scripta Materialia.  He is currently an associate editor for Additive Manufacturing in charge of the modeling and simulation area.  He has been a recipient of the NSF BRIGE Award in 2009, the Board of Visitors Faculty Award from the School of Engineering in 2016, and the Carnegie Science Award in the Advanced Manufacturing and Materials Category in 2018.